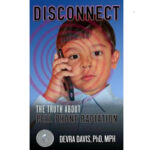 5.00 out of 5
2 klantbeoordelingen|Een beoordeling toevoegen

Deze pagina is ook beschikbaar in:

Show reviews in all languages (6)