Even when the Eco router is in use, with devices connected, it emits less radiation than an ordinary wifi router. The Eco router has a 10x reduced beacon pulse frequency. This is explained below.

The beacon packets are transmitted continuously, 10x per second, and the data packets only when data is loaded from the Internet. The beacon pulses thus account for a large proportion of electrosmog.

The JRS Eco router emits 90% fewer beacon pulses per second than regular wifi routers. In this way the Eco router reduces electromagnetic emission, both in standby and also when the wifi is actively used. The emission reduction percentage is 90% when idle (no data transmission) and goes down to 0% when the full wifi bandwidth is used, for example when downloading large files.

This is measurable using an electrosmog meter. The reduced pulse frequency of the beacon signal in the Eco routers has been measured by EMF Consult Norway. The oscilloscope images below show the measured electromagnetic emission versus time, on a 200 milliseconds x-axis scale. The left image shows an ordinary wifi router, and the right image shows the Eco router:

A demonstration is given in the below video from ElectricSense.com, measured with an Acoustimeter. Turn on sound to hear the difference: 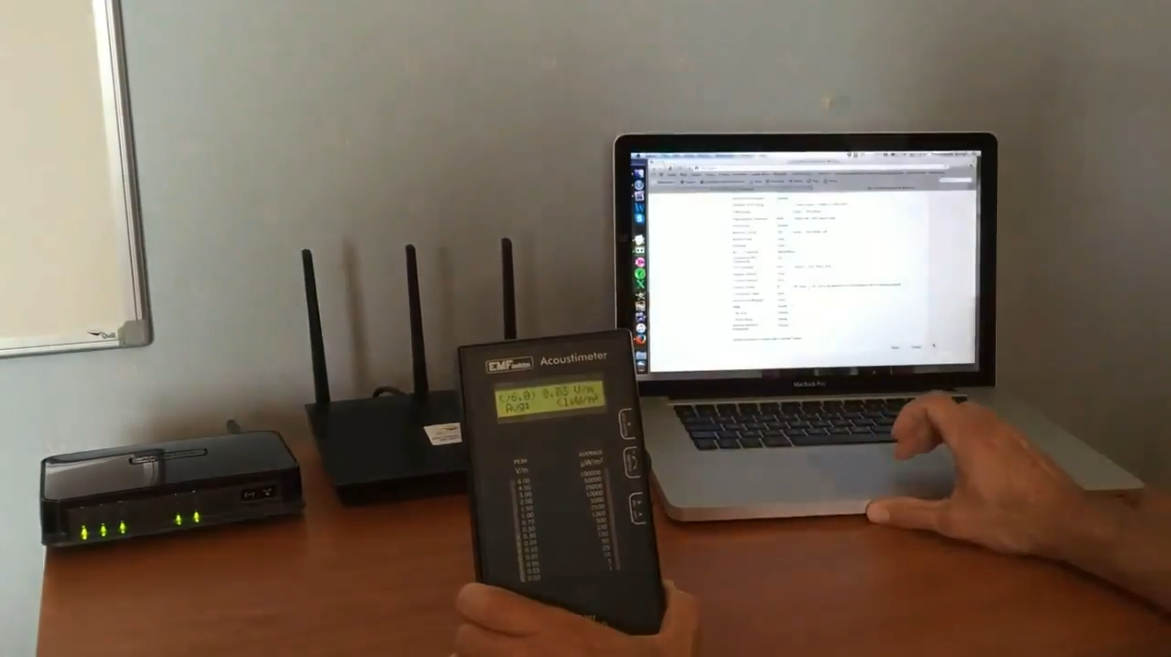 Reducing the strength of the pulses

See Does the Eco router reduce the peak value of the pulses?

To what extent does an Eco router reduce my exposure to wifi radiation?

Wifi is two-way traffic. Although the Eco router greatly reduces the radiation of your router during stand-by and partly during operation, it does not reduce the radiation of your wireless devices. For each piece of data sent from the wifi router, a confirmation is sent back by your device. Wifi radiation from the devices is very strong and you keep the device very close to your body. Especially in data-intensive applications such as video, the wifi radiation is very high. By working with a wired Internet connection, you can minimize your exposure to electromagnetic radiation. See also our iPad® / iPhone® hardwired adapter.