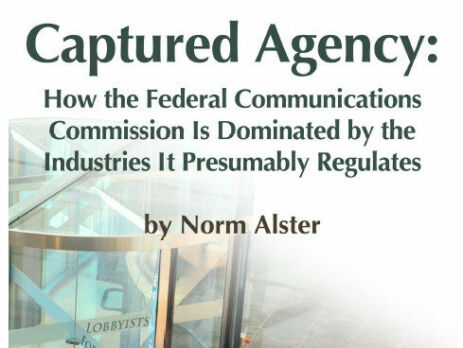 The Federal Communications Commission (FCC) is the government agency in America that regulates the maximum allowed transmission power of cell towers, mobile phones, Wi-Fi routers and other wireless devices. It’s sort of like the FDA, but for everything wireless.

The Edmond J. Safra Center for Ethics at Harvard University published a book that explains in detail how the FCC is dominated by the industries it is supposed to regulate, and how the FCC is in fact controlled by industry. You can download the full e-book here: FCC: Captured Agency – Norm Alster

In 2012, Congress directed the FCC to reassess its exposure limits, set in 1996, in light of the enormous developments in new wireless technologies since then, and their rollout. The FCC then opened a public comment period for the public to submit comments. Thousands of comments and scientific studies were submitted by scientists, medical organizations and doctors, as well as hundreds of reports from people who have become ill from electromagnetic radiation.

Then on Dec. 4, 2019, the FCC closed the public comment period and issued its decision, simply stating that it would maintain the 1996 exposure limits, without making the slightest attempt to properly evaluate the comments submitted and all the evidence. Everything was simply ignored.

In response, the Environmental Health Trust and Children’s Health Defense of Robert F. Kennedy Jr. filed a lawsuit against the FCC in early 2020. The lawsuits were combined, and in August 2021 the U.S. Court of Appeals ruling followed.

The court ruled that the FCC had failed to provide a reasoned explanation for its view that the exposure limits would adequately protect against the harmful effects of radio frequency (RF) radiation. The FCC’s December 2019 decision to maintain its 1996 safety limits was “arbitrary and capricious.”

How the FCC shields cellphone companies

Peter Elkind, investigative reporter at ProPublica, has published a detailed article on what the FCC has not been doing on cellphone radiation: How the FCC Shields Cellphone Companies From Safety Concerns