Incidence of glioblastoma brain tumor increased tenfold between 1985 and 2015 in the U.K. 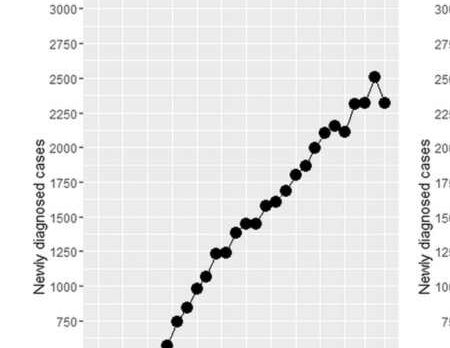 Incidence of glioblastoma brain tumor increased tenfold between 1985 and 2015 in the U.K.

The incidence of glioblastoma multiforme (GBM), the most virulent and deadly type of brain cancer, is going up in the U.K., while the incidence of other types of malignant brain tumors is declining, according to newly published data. 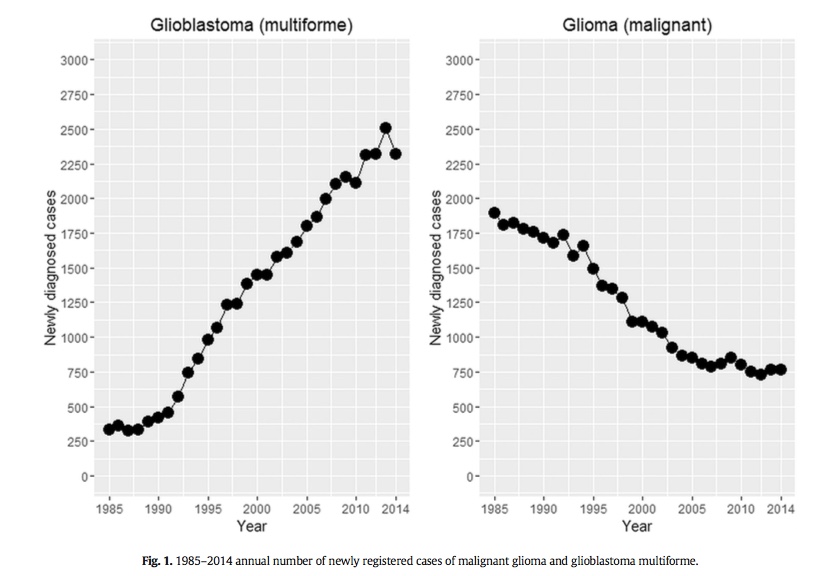 Alasdair Philips from PowerWatch: “The simple take-home message of the two plots is that the number of the most aggressive type of brain tumors [GBM] is going up and the other types of lower-grade malignant glioma are going down. If better diagnosis were responsible for the changes in GBM, then you would expect the two trends to be going in the same direction.”

“As GBM is almost always quickly fatal it is unlikely that they were misdiagnosed in the past,” Philips added. “It looks like something is causing or at least stimulating agressive glioma growth. Clearly, it is no longer enough to look only at overall brain tumor rates.”

Australian brain surgeon Dr. Charlie Teo confirms this in an interview, shown on Channel Nine’s 60 Minutes program in April 2009. Dr. Charlie Teo says: “I have been incredibly worried, concerned, depressed at the number of kids that I am seeing that come in with brain tumors, malignant brain tumors. Just in the last 3 or 4 weeks I’ve seen probably half a dozen kids with tumors that really should have been benign, and they’ve all been nasty malignant brain tumors. We are doing something terribly wrong.”