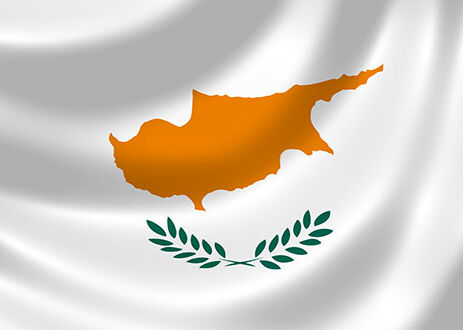 The Cyprus Minister of Education and Culture issued a Decree on January 31, 2017, marked “urgent” to all Directors of Kindergartens and Primary Schools, with specific measures to eliminate and minimize wireless radiation exposure to children in schools. “We have taken the decision to have the wireless network Wi-Fi disabled in all Public kindergartens in Cyprus,” reads the Decree. Wireless is to be removed from all Cyprus kindergartens, and wireless installations have been halted in elementary schools and limited to administrative offices.

“The Ministry of Education does not intend to proceed with the installation of wireless points and Wi-Fi access classrooms in elementary schools.”

The Decree reminds teachers that wired internet is already available in all classrooms if the internet is needed for educational purposes. Wireless is only to be used, if needed, in the administrative areas of elementary schools, and wireless is not to be used in the classrooms.

However, if the use of Wi-Fi is deemed necessary for a specific educational program, the Decree stipulates that, “necessary measures to protect children should be taken, and wireless access points should remain inactive when not in use for teaching purposes.” Furthermore, “the consent of parents should be ensured in advance.” The Decree instructs the School Directors to assure parental consent and send a letter to the parents of children who will participate in programs involving wireless technology – informing the parents of the reason and duration of Wi-Fi usage.

Alongside their other campaigns about tobacco smoke and toxic chemicals, The Cyprus National Committee on Environment and Child Health initiated a nationwide campaign several years ago to raise awareness about cell phone and wireless radiation exposures to children. The multimedia public awareness campaign was lauded at an international conference on Wireless and Health held at the Israel Institute for Advanced Studies at Hebrew University in January of 2017, and organized in cooperation with the U.S. National Institute of Environmental Health Sciences (NIEHS) and Environmental Health Trust (EHT).

Dr. Stella Michaelidou, President of the National Committee on Environment and Child Health shared public service video announcements and brochures about children and pregnancy at the conference. “This Committee has developed tools that are a model for other countries to follow,” stated Devra Davis, PhD, MPH, of the Environmental Health Trust at the conference.

Several countries already have health policies in place to reduce school children’s exposure to wireless. Cypress now joins France, Brazil, Ghent in Belgium, and Israel in banning wireless in kindergarten classrooms and enacting strong measures to minimize wireless exposures in elementary schools. France passed comprehensive new legislation in 2015 and has developed tools to inform the public about how to reduce exposure, similar to the efforts underway in Cyprus. Canada’s Standing Committee on Health of the House of Commons also issued a report recommending a public education campaign.

Decree from the Cyprus Minister of Culture and Education

National Committee on Environment and Children’s Health of Cyprus

Local/State/National and International Policy action on Wireless and Children