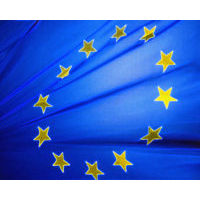 On 2 April 2009, the European Parliament adopted the resolution entitled ‘Health concerns associated with electromagnetic fields (EMF)’ by 566 votes in favour.

Three points from the resolution:

1.   Urges the Commission to review the scientific basis and adequacy of the EMF limits as laid down in Recommendation 1999/519/EC and report to the Parliament; calls for the review to be undertaken by the Scientific Committee on Emerging and Newly Identified Health Risks;

27.   Is greatly concerned about the fact that insurance companies are tending to exclude coverage for the risks associated with EMFs from the scope of liability insurance policies, the implication clearly being that European insurers are already enforcing their version of the precautionary principle;

The point made in the resolution on the recognition of electromagnetic hypersensitivity:

28.   Calls on Member States to follow the example of Sweden and to recognise persons that suffer from electrohypersensitivity as being disabled so as to grant them adequate protection as well as equal opportunities;