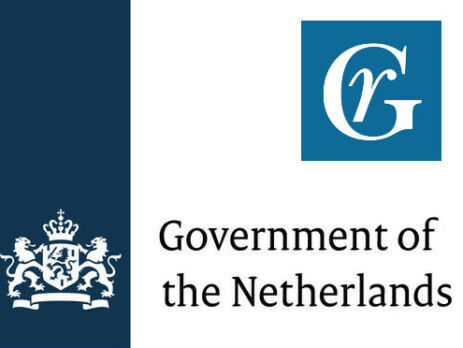 2020 – In its report on 5G, the Health Council of the Netherlands recommends postponing the rollout of the ‘second wave’ 26 Gigahertz frequency band. No research has yet been conducted into the health risks of these high 5G frequencies. The committee advises to do more research into the connection with cancer, reduced male fertility and birth defects. The committee conducted a worldwide search for scientific studies related to this never before used 26 GHz frequency band, but only found a handful of radar studies.

The nine-member committee writes in its report that there is a lot of public concern about the health risks of 5G radiation. The committee is chaired by Professor Hans Kromhout, an epidemiologist at the University of Utrecht. One of the secretaries is Eric van Rongen, the current vice chair of ICNIRP and its chairman from 2016 until earlier this year.

Background Document to the Advisory Report 5G and Health

Fields of these frequencies do not penetrate further into the body than the skin and research should therefore focus on effects originating in the skin, including the components of the immune system and the nervous system located in the skin.

The Dutch government does not feel obliged to follow the Health Council of the Netherlands’ 26 GHz recommendation. In a letter to the House of Representatives, State Secretary Mona Keijzer (Economic Affairs) writes: “According to the WHO, European Commission and ICNIRP, there is currently no reason to assume that the use of the 26 GHz band will have negative health effects… Partly for this reason, the cabinet sees no need to wait for more research results for the use of this [26 GHz] band … In accordance with the new telecom directive, the so-called Telecom Code 26, the Cabinet is preparing the issuance of frequencies in part of this band.”

In the 2G to 4G generations of mobile networks, and in the current ‘first wave‘ 5G rollout, only frequencies from 0.7 to 3.5 Gigahertz are used. However, the 26 Gigahertz frequency is 10 times higher. What is the result? At this high frequency, it follows from the laws of nature that almost all radiant energy is absorbed into the skin, rather than into the entire body as in current generations. 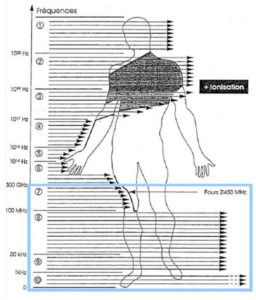 For 5G ‘second wave’, providers will be using the same transmission power as in current generations or higher. The consequence for 26 GHz is that our body has to endure a much higher energy per volume unit of body, because it is fully absorbed into the skin and into the cornea of your eyes. That doesn’t quite make us enthusiastic to simply assume that it’s safe and rush to roll out this technology. By the way, the current transmission power limit is already sky-high and in practice, current generations almost never measure more than a few percent of it. But for 5G, the industry is asking for even higher limits.

In addition, the range of these high frequencies is very poor, so that many (small) masts have to be placed, often at street level, so that the antennas are getting closer and closer to us.

(Page 17 of report.) What is also new at 5G, is bundling. Beam forming antennas are used. Such an antenna contains, for example, 64 strips that are controlled in such a way that they effectively become a kind of dish antennas, a directional antenna, which can be changed electronically at lightning speed so that the beam can be directed to the phones that are connected. In this way, one can aim a 64x amplified radiation intensity on the phones (and thus its users).

The industry’s ultimate goal is selling a speed of 10 Gigabits per second through the air, and that is only possible with 26 GHz and beam forming.