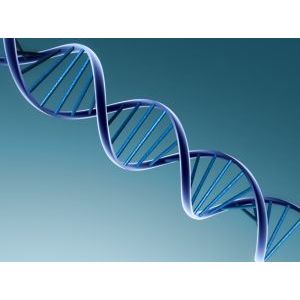 Engelse abstract:
101 publications are exploited which have studied genotoxicity of radiofrequency electromagnetic fields (RF-EMF) in vivo and in vitro. Of these 49 report a genotoxic effect and 42 do not. In addition, 8 studies failed to detect an influence on the genetic material, but showed that RF-EMF enhanced the genotoxic action of other chemical or physical agents. The controversial results may in part be explained by the different cellular systems. Moreover, inconsistencies may depend from the variety of analytical methods being used, which differ considerably with respect to sensitivity and specificity. Taking altogether there is ample evidence that RF-EMF can alter the genetic material of exposed cells in vivo and in vitro and in more than one way. This genotoxic action may be mediated by microthermal effects in cellular structures, formation of free radicals, or an interaction with DNA-repair mechanisms.

Microwaves were for the first time produced by humans in 1886 when radio waves were broadcasted and received. Until then microwaves had only existed as a part of the cosmic background radiation since the birth of universe. By the following utilization of microwaves in telegraph communication, radars, television and above all, in the modern mobile phone technology, mankind is today exposed to microwaves at a level up to 1020 times the original background radiation since the birth of universe.

Our group has earlier shown that the electromagnetic radiation emitted by mobile phones alters the permeability of the blood–brain barrier (BBB), resulting in albumin extravasation immediately and 14 days after 2 h of exposure.

In the background section of this report, we present a thorough review of the literature on the demonstrated effects (or lack of effects) of microwave exposure upon the BBB.

Furthermore, we have continued our own studies by investigating the effects of GSM mobile phone radiation upon the blood–brain barrier permeability of rats 7 days after one occasion of 2 h of exposure. Forty-eight rats were exposed in TEM-cells for 2 h at non-thermal specific absorption rates (SARs) of 0 mW/kg, 0.12 mW/kg, 1.2 mW/kg, 12 mW/kg and 120 mW/kg. Albumin extravasation over the BBB, neuronal albumin uptake and neuronal damage were assessed.

A number of papers dealing with the effects of modern, man-made electromagnetic fields (EMFs) on the immune system are summarized in the present review. EMFs disturb immune function through stimulation of various allergic and inflammatory responses, as well as effects on tissue repair processes. Such disturbances increase the risks for various diseases, including cancer. These and the EMF effects on other biological processes (e.g. DNA damage, neurological effects, etc.) are now widely reported to occur at exposure levels significantly below most current national and international safety limits. Obviously, biologically based exposure standards are needed to prevent disruption of normal body processes and potential adverse health effects of chronic exposure. Based on this review, as well as the reviews in the recent Bioinitiative Report, it must be concluded that the existing public safety limits are inadequate to protect public health, and that new public safety limits, as well as limits on further deployment of untested technologies, are warranted.

Objective: Extremely low frequency (ELF) and radio frequency (RF) magnetic fields (MFs) pervade our environment. Whether or not these magnetic fields are associated with increased risk of serious diseases, e.g., cancers and Alzheimer’s disease, is thus important when developing a rational public policy. The Bioinitiative Report was an effort by internationally recognized scientists who have spent significant time investigating the biological consequences of exposures to these magnetic fields to address this question. Our objective was to provide an unbiased review of the current knowledge and to provide our general and specific conclusions. Results: The evidence indicates that long-term significant occupational exposure to ELF MF may certainly increase the risk of both Alzheimer’s disease and breast cancer. There is now evidence that two relevant biological processes (increased production of amyloid beta and decreased production of melatonin) are influenced by high long-term ELF MF exposure that may lead to Alzheimer’s disease. There is further evidence that one of these biological processes (decreased melatonin production) may also lead to breast cancer. Finally, there is evidence that exposures to RF MF and ELF MF have similar biological consequences. Conclusion: It is important to mitigate ELF and RF MF exposures through equipment design changes and environmental placement of electrical equipment, e.g., AC/DC transformers. Further research related to these proposed and other biological processes is required.