Council of Europe advice on health risks of electromagnetic radiation 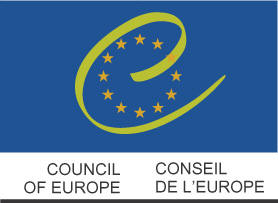 Council of Europe advice on health risks of electromagnetic radiation

The document on the Council of Europe website: Resolution 12608 and press release resolution 1815

Link to Resolution 12608 in PDF file (alternate with markings).

The Council of Europe, known from the European Convention on Human Rights, published a report on 6 May 2011 under the chairmanship of Jean Huss on the dangers to public health of electromagnetic fields. The committee calls for the lowering of exposure limits.

The committee goes further than that: it recommends removing all wireless equipment from classrooms and calls for special measures to be taken to protect people who are sensitive to electromagnetic radiation, including the setting up of ‘radiation-free white zones’.

The recommended exposure limit is 0.2 Volt per metre. This is 100 microwatts per square metre, which is 100.000x stricter than current exposure limits (see Standards, limit values and SBM-2015 guidelines).

Highlights from the EU report

The Council recommends a new directive for the maximum field strength of 0.2 Volts per metre (V/m). Note: The current standard is 40 Volts per metre. Wireless devices exceed the level of 0.2 V/m in an area of about 3 metres around the device by more than 0.2 V/m:

This means that mobile phone calls should no longer be allowed in a school classroom, wireless home telephones (DECT) should not be used and no Wifi installation and Wifi devices can be used. The advice is to use wired Internet.

Points from the EU report on Electro-hypersensitivity (EHS)

A. Draft resolution, adopted unanimously by the committee on 11 April 2011

8.1.4. Pay particular attention to “electrosensitive” persons suffering from a syndrome of intolerance to electromagnetic fields and introduce special measures to protect them, including the creation of wave-free areas not covered by the wireless network.

22. Finally, another expert specialising in clinical medicine and oncology confirmed, on the basis of the findings of biological and clinical analysis of several hundred French patients describing themselves as “electrosensitive”, that a syndrome of intolerance to electromagnetic fields (SIEMF) does exist and that those people are not feigning illness or suffering from psychiatric disorders.

60. Here, too, the rapporteur stresses that some people may be more sensitive than others to electromagnetic radiation or waves. The research performed, for instance, by Professor Dominique Belpomme, President of the Association for Research and Treatments Against Cancer (ARTAC), on more than 200 people describing themselves as “electrosensitive” succeeded, with corroborative results of clinical and biological analyses, in proving that there was such a syndrome of intolerance to electromagnetic fields across the whole spectrum of frequencies. […] In this context, Sweden has granted sufferers from electromagnetic hypersensitivity the status of persons with reduced capacity so that they receive suitable protection.