How much power does 5G consume? 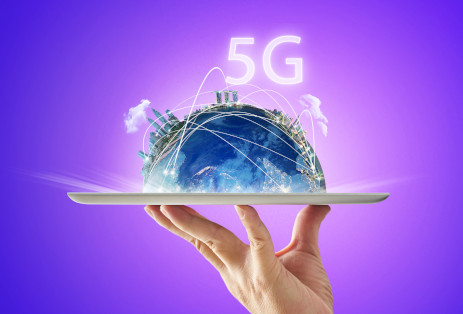 How much power does 5G consume?

The promise around 5G is enormous, and an enchanting high-tech future is projected for us. But what about power consumption and climate impact? How much electricity does 5G consume?

To achieve gigabit speeds, the plan with 5G is to have it operate at very high frequencies of 24-26 Gigahertz. For this reason, 5G requires millions of new so-called “small cells,” for example, transmitters in lampposts. Billions of new wireless devices will soon be available worldwide. All of the above consumes electricity. The network, the processing of the signals, the data centers, and the main users: the transmitters and receivers.

Many bits per second takes a lot of electricity

While there may be improvements in energy efficiency for new devices, these gains are completely lost in the increase in demand for bandwidth, the ‘megabytes per second’. Consider the huge expected growth in games, videos, streaming services, virtual reality (VR) and the ‘metaverse’.

The prevailing thought is: ‘why stick with 4G speed, if it can also be done at 5G speed’? Streams in ultra-HD, four times sharper than the current full-HD, will find their way to our cell phones, laptops and VR glasses with 5G. Yet more beautiful images, at higher resolutions which will eventually become the standard. However, this will cost five times as much data(1). Yes, you can have a fantasy reality projected onto your VR glasses (‘augmented reality’)(2), with all kinds of imaginary products that you can buy, in a new ‘VR-economy’. However, this does require a connection where you move from one 5G small cell to another, with your VR glasses. And as small as a small cell is, it does emit a lot of radiation. As do the VR glasses on your head.

5G will only increase our appetite for data

Streaming over wireless networks leads to a higher environmental impact compared to over wired. A wired connection directs the signal exactly where it needs to go, and that requires orders of magnitude less electricity than a wireless connection, which “irradiates” an entire area with an electromagnetic field. Fiber optic connections are also safer and faster, by the way. More than 10,000 Gigabits per second can be transmitted over a single fiber, and 100 fibers fit into a single cable. Fiber optics are radiation-free and therefore do not have the health risks of wireless.

Currently, three percent of the world’s energy demand comes from wireless communications(4). Telecom providers expect their energy costs to increase by 150-170 percent by 2026 with the advent of 5G technology, according to a study by Vertiv, a U.S. network service provider. That’s almost a threefold increase compared to 4G(5).

One 5G base station is estimated to consume about as much power as 73 households(6), and 3x as much as the previous generation of base stations(5),(7). When base stations, data centers and devices are added together, telecommunications will consume more than 20% of the world’s electricity by 2025, says Huawei analyst Dr. Anders Andrae. Currently, it is about 11%(8). Numerous reports(9) describe the exponentially increasing energy consumption of 5G and Internet of Things applications.

Big Tech likes to claim that their data centers run on green electricity, but even if they do, this still counts toward global consumption. Do we build solar panels, wind turbines, etc. only to have all the energy gobbled up by the data industry? The point is, if total energy consumption grows as indicated above, the energy provided by the use of solar panel and so on will be completely inadequate and fossil electricity will be needed to satisfy demand. Wouldn’t it be better to reduce our data hunger?

Consequences of 5G for the environment

In addition to energy consumption, producing billions of new 5G devices and replacing all previous generation devices will lead to a huge demand for rare metals such as lithium, which must be mined, with all the implications for the earth(10).

It is important to ensure that the environmental footprint of 5G and future networks is considered. When are we going to face the power consumption and environmental impact of 5G? In the end, what is it worth to be able to walk from one 5G transmitter to another wearing VR glasses, if it causes damage to the earth?

1. How much data does streaming media use

6. Envirotecmagazine: how green is 5G