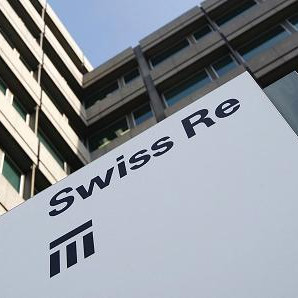 One of the largest insurance companies of the world Swiss Reinsurance Company (Swiss Re) classifies electromagnetic radiation into the highest risk class. This category also includes endocrine disrupting chemicals.

The text on p. 11 of the report:
Anxiety over the potential risks related to electromagnetic fields (EMF) has risen. Studies are difficult to conduct, since time trend studies are inconsistent due to the still rather recent proliferation of wireless technology. The WHO has classified extremely low-frequency magnetic fields and radiofrequency electromagnetic fields, such as radition emitted by cell phones, as potentially carcinogenic to humans (Class 2B carcinogen). Furthermore, a recent ruling by an Italian court suggested a link between mobile phone radiation and human health impairment. Overall, however, scientific studies are still inconclusive regarding possible adverse health effects of EMF. If a direct link between EMF and human health problems were established, it would open doors for new claims and could ultimately lead to large losses under product liability covers. Liability rates would likely rise.

From: Off the leash – 5G mobile networks (Swiss Re)

To allow for a functional network coverage and increased capacity overall, more antennas will be needed, including acceptance of higher levels of electromagnetic radiation. In some jurisdictions, the rise of threshold values will require legal adaptation. Existing concerns regarding potential negative health effects from electromagnetic fields (EMF) are only likely to increase. An uptick in liability claims could be a potential long-term consequence. […] Growing concerns of the health implications of 5G may lead to political friction and delay of implementation, and to liability claims. The introductions of 3G and 4G faced similar challenges. […] As the biological effects of EMF in general and 5G in particular are still being debated, potential claims for health impairments may come with a long latency. (From p.29 of PDF document.)